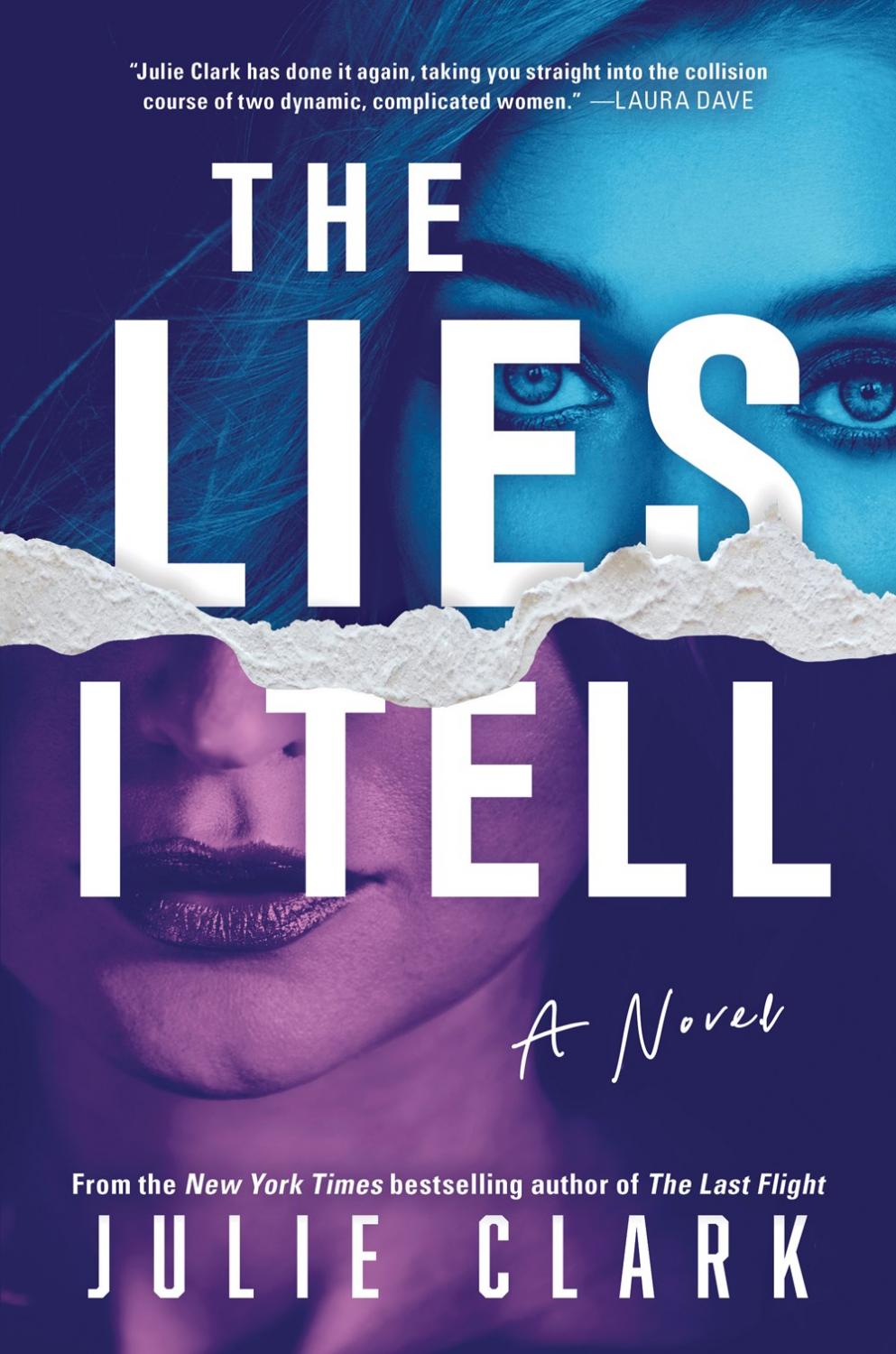 The Lies I Tell by Julie Clark

From the instant New York Times bestselling author of The Last Flight comes a riveting new novel of two women, multiple identities, and one last con

Meg Williams. Maggie Littleton. Melody Wilde. Different names for the same person, depending on the town, depending on the job. She's a con artist who erases herself to become whoever you need her to be. A college student. A life coach. A real estate agent. But nothing about her is real. She slides alongside you and tells you exactly what you want to hear, and by the time she's done, you've likely lost everything.

Kat Roberts has been waiting ten years for the woman who upended her life to return. And now that she has, Kat is determined to be the one to expose her. But as the two women grow closer, Kat's long-held assumptions begin to crumble, leaving Kat to wonder who Meg's true target is.

The Lies I Tell is a twisted domestic thriller that dives deep into the psyches and motivations of two women and their unwavering quest to seek justice for the past and rewrite the future. 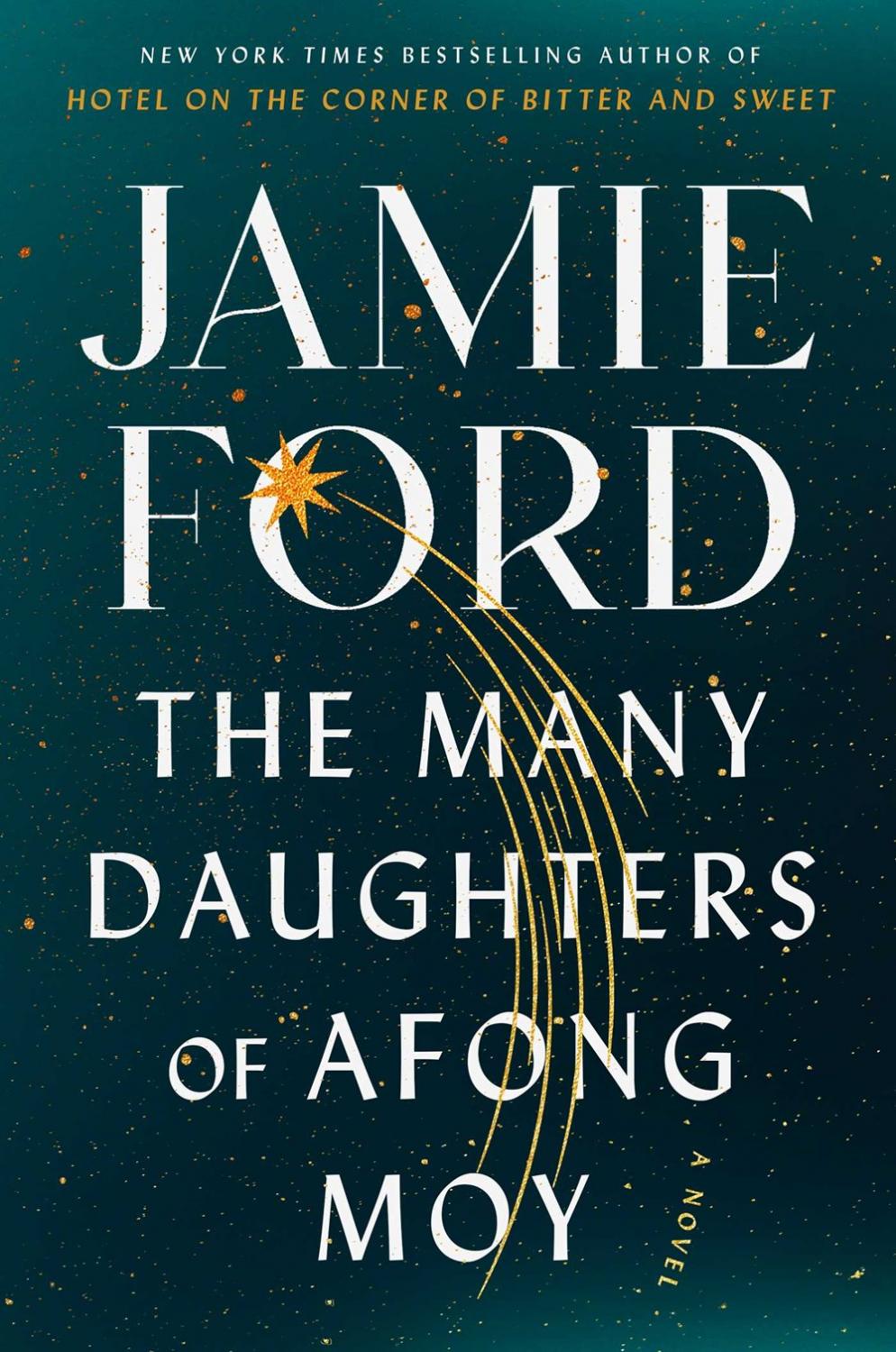 The Many Daughters of Afong Moy by Jamie Ford

The New York Times bestselling author of the “mesmerizing and evocative” (Sara Gruen, author of Water for Elephants) Hotel on the Corner of Bitter and Sweet returns with a powerful exploration of the love that binds one family across the generations.

Dorothy Moy breaks her own heart for a living.

As Washington’s former poet laureate, that’s how she describes channeling her dissociative episodes and mental health struggles into her art. But when her five-year-old daughter exhibits similar behavior and begins remembering things from the lives of their ancestors, Dorothy believes the past has truly come to haunt her. Fearing that her child is predestined to endure the same debilitating depression that has marked her own life, Dorothy seeks radical help.

Through an experimental treatment designed to mitigate inherited trauma, Dorothy intimately connects with past generations of women in her family: Faye Moy, a nurse in China serving with the Flying Tigers; Zoe Moy, a student in England at a famous school with no rules; Lai King Moy, a girl quarantined in San Francisco during a plague epidemic; Greta Moy, a tech executive with a unique dating app; and Afong Moy, the first Chinese woman to set foot in America.

As painful recollections affect her present life, Dorothy discovers that trauma isn’t the only thing she’s inherited. A stranger is searching for her in each time period. A stranger who’s loved her through all of her genetic memories. Dorothy endeavors to break the cycle of pain and abandonment, to finally find peace for her daughter, and gain the love that has long been waiting, knowing she may pay the ultimate price. 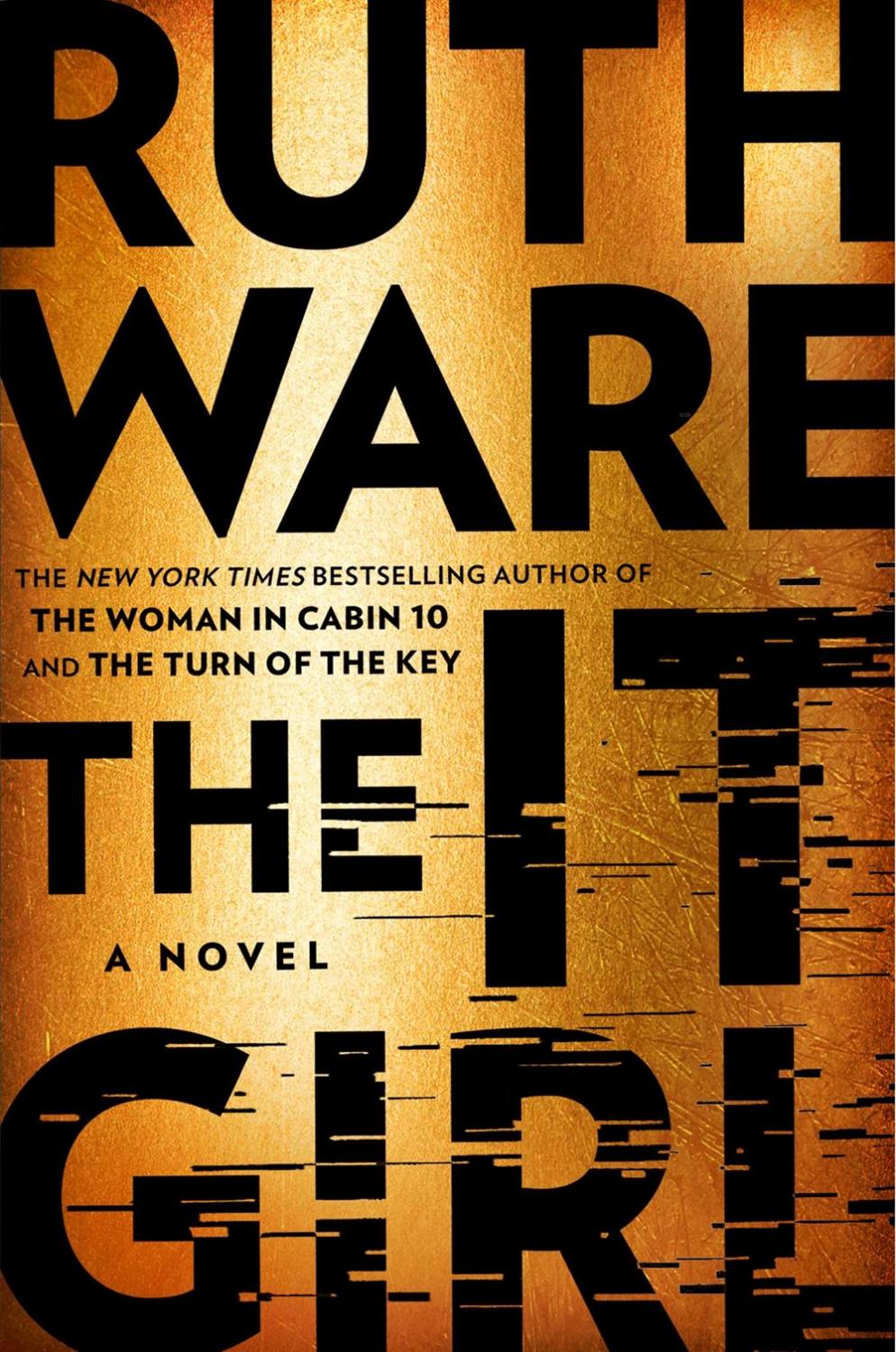 The IT Girl by Ruth Ware

Preorder now and receive a special pop-out phone grip, a booklight, and a promotional postcard while supplies last

The #1 New York Times bestselling author of the “claustrophobic spine-tingler” (People) One by One returns with an unputdownable mystery following a woman on the search for answers a decade after her friend’s murder.

Vivacious, bright, occasionally vicious, and the ultimate It girl, she quickly pulled Hannah into her dazzling orbit. Together, they developed a group of devoted and inseparable friends—Will, Hugh, Ryan, and Emily—during their first term. By the end of the second, April was dead.

Now, a decade later, Hannah and Will are expecting their first child, and the man convicted of killing April, former Oxford porter John Neville, has died in prison. Relieved to have finally put the past behind her, Hannah’s world is rocked when a young journalist comes knocking and presents new evidence that Neville may have been innocent. As Hannah reconnects with old friends and delves deeper into the mystery of April’s death, she realizes that the friends she thought she knew all have something to hide…including a murder. 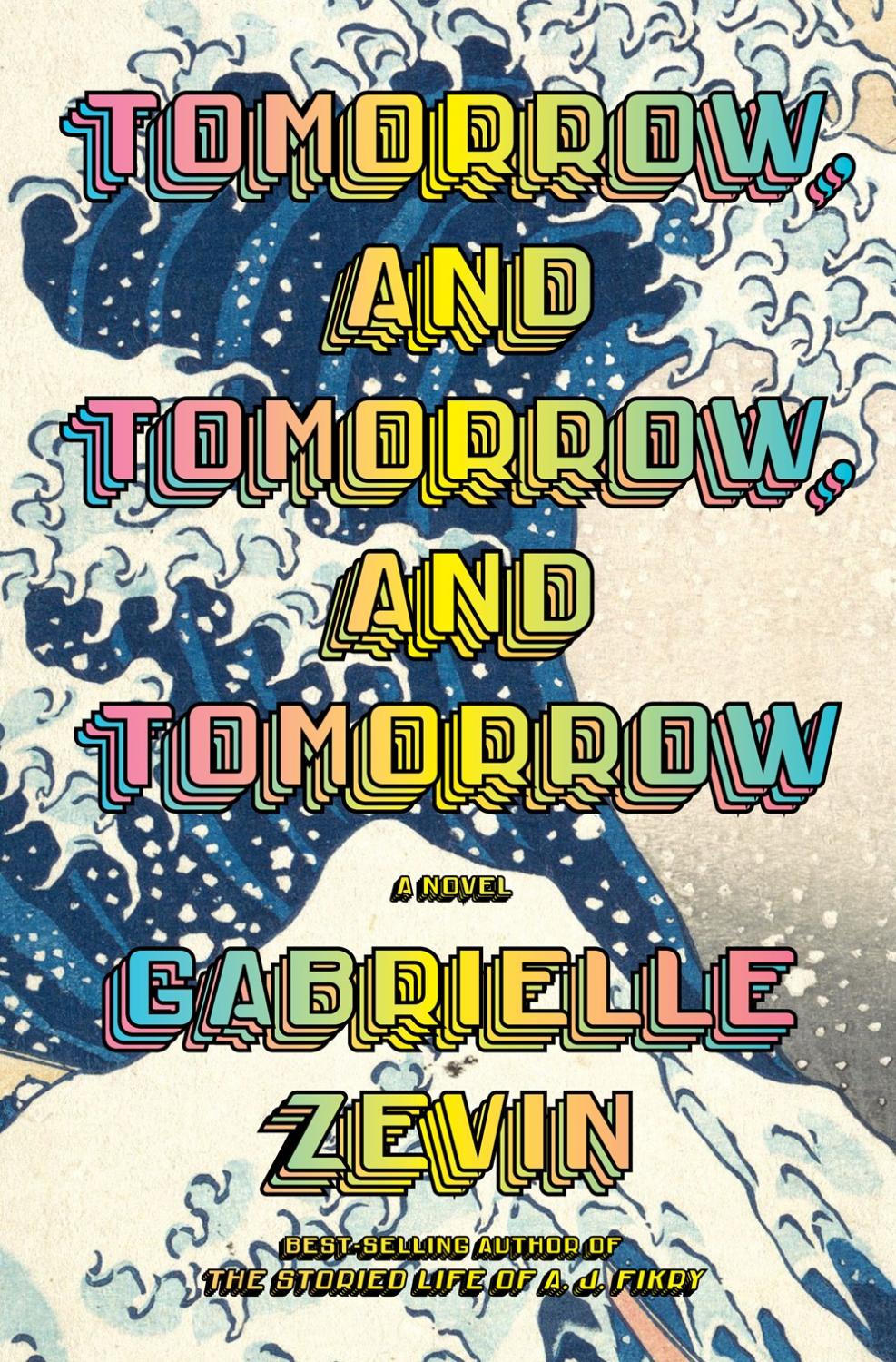 In this exhilarating novel by the best-selling author of The Storied Life of A. J. Fikry two friends—often in love, but never lovers—come together as creative partners in the world of video game design, where success brings them fame, joy, tragedy, duplicity, and, ultimately, a kind of immortality.

On a bitter-cold day, in the December of his junior year at Harvard, Sam Masur exits a subway car and sees, amid the hordes of people waiting on the platform, Sadie Green. He calls her name. For a moment, she pretends she hasn’t heard him, but then, she turns, and a game begins: a legendary collaboration that will launch them to stardom. These friends, intimates since childhood, borrow money, beg favors, and, before even graduating college, they have created their first blockbuster, Ichigo. Overnight, the world is theirs. Not even twenty-five years old, Sam and Sadie are brilliant, successful, and rich, but these qualities won’t protect them from their own creative ambitions or the betrayals of their hearts.

Spanning thirty years, from Cambridge, Massachusetts, to Venice Beach, California, and lands in between and far beyond, Gabrielle Zevin’s Tomorrow, and Tomorrow, and Tomorrow is a dazzling and intricately imagined novel that examines the multifarious nature of identity, disability, failure, the redemptive possibilities in play, and above all, our need to connect: to be loved and to love. Yes, it is a love story, but it is not one you have read before. 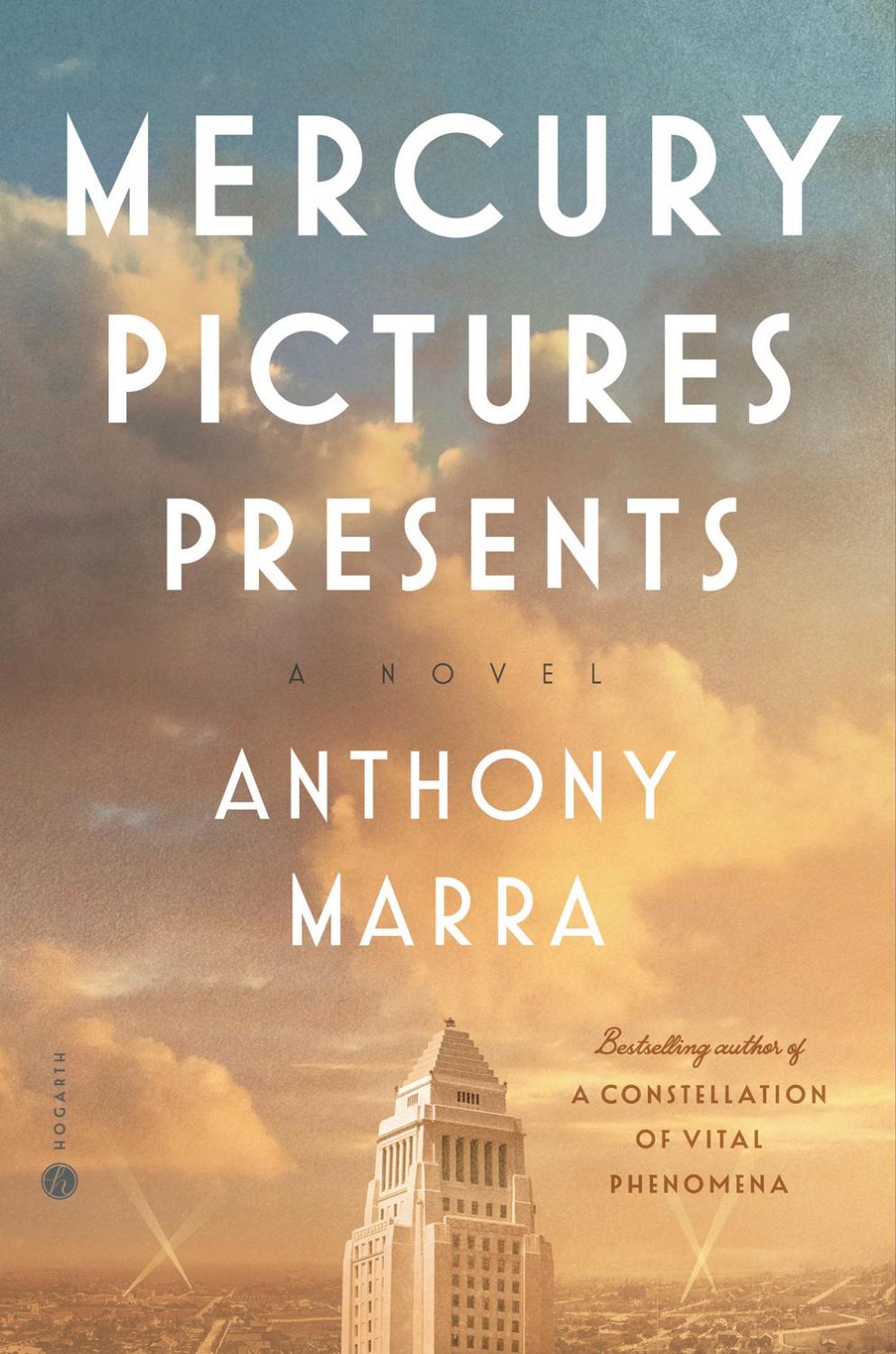 The epic tale of a brilliant woman who must reinvent herself to survive, moving from Mussolini’s Italy to 1940s Los Angeles—a timeless story of love, deceit, and sacrifice from the award-winning, New York Times bestselling author of A Constellation of Vital Phenomena

Like many before her, Maria Lagana has come to Hollywood to outrun her past. Born in Rome, where every Sunday her father took her to the cinema instead of church, Maria immigrates to Los Angeles after a childhood transgression leads to her father’s arrest.

Fifteen years later, on the eve of America’s entry into World War II, Maria is an associate producer at Mercury Pictures, trying to keep her personal and professional lives from falling apart. Her mother won’t speak to her. Her boss, a man of many toupees, has been summoned to Washington by congressional investigators. Her boyfriend, a virtuoso Chinese American actor, can’t escape the studio’s narrow typecasting. And the studio itself, Maria’s only home in exile, teeters on the verge of bankruptcy.

Over the coming months, as the bright lights go dark across Los Angeles, Mercury Pictures becomes a nexus of European émigrés: modernist poets trying their luck as B-movie screenwriters, once-celebrated architects becoming scale-model miniaturists, and refugee actors finding work playing the very villains they fled. While the world descends into war, Maria rises through a maze of conflicting politics, divided loyalties, and jockeying ambitions. But when the arrival of a stranger from her father’s past threatens Maria’s carefully constructed facade, she must finally confront her father’s fate—and her own.

Written with intelligence, wit, and an exhilarating sense of possibility, Mercury Pictures Presents spans many moods and tones, from the heartbreaking to the ecstatic. It is a love letter to life’s bit players, a panorama of an era that casts a long shadow over our own, and a tour de force by a novelist whose work The Washington Post calls “a flash in the heavens that makes you look up and believe in miracles.”