Going There will be officially released on October 26th. But Katie wanted a chance to offer readers something more! So this fall, she — along with some very special celebrity guests — will be visiting cities across the U.S. for incredible conversations that’ll leave you inspired and enthralled.

Click here to purchase your tickets to see her live at the Orpheum Theater. 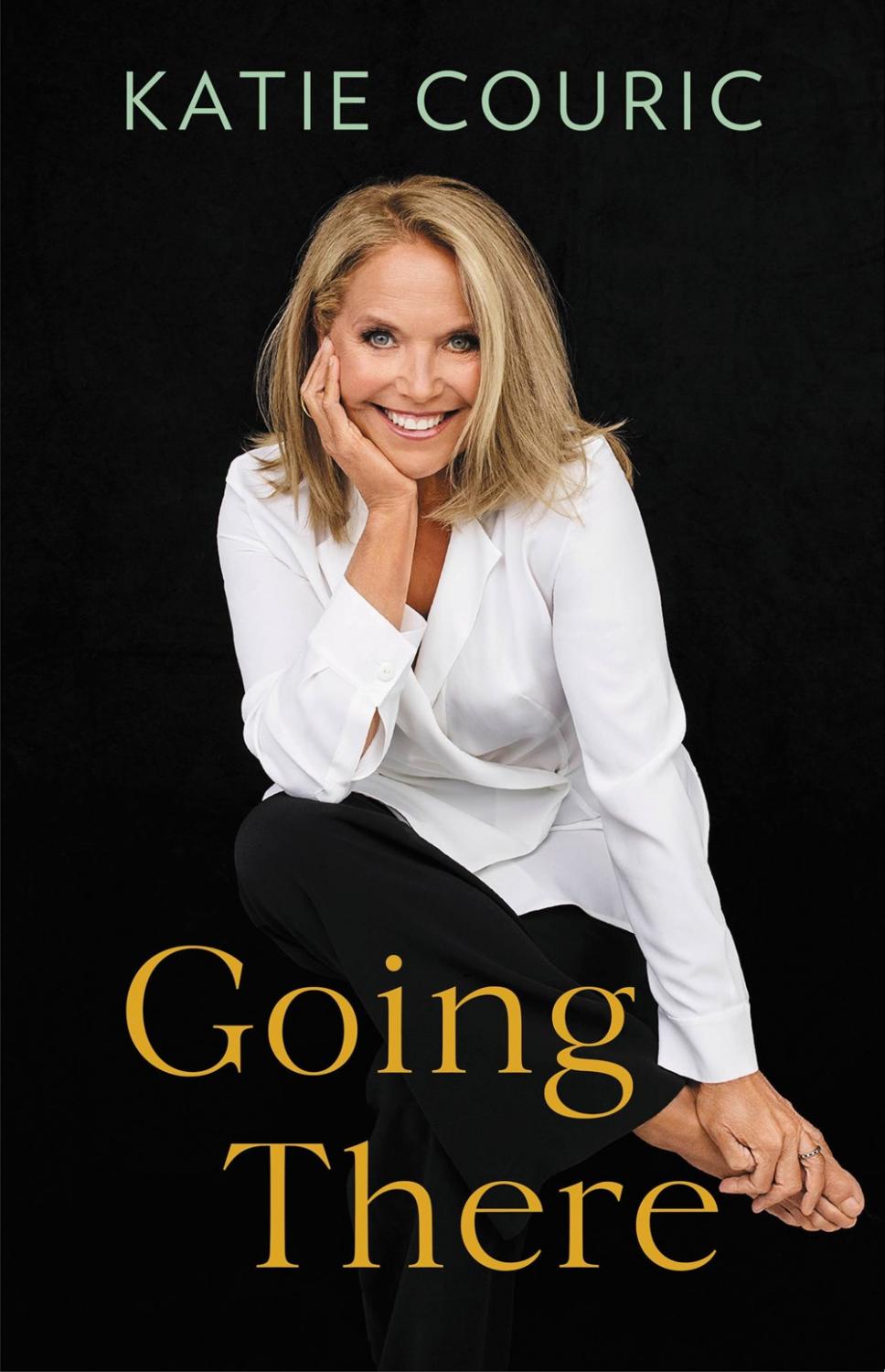 For more than forty years, Katie Couric has been an iconic presence in the media world. In her brutally honest, hilarious, heartbreaking memoir, she reveals what was going on behind the scenes of her sometimes tumultuous personal and professional life - a story she’s never shared, until now. Of the medium she loves, the one that made her a household name, she says, “Television can put you in a box; the flat-screen can flatten. On TV, you are larger than life but smaller, too. It is not the whole story, and it is not the whole me. This book is.”

Beginning in early childhood, Couric was inspired by her journalist father to pursue the career he loved but couldn’t afford to stay in. Balancing her vivacious, outgoing personality with her desire to be taken seriously, she overcame every obstacle in her way: insecurity, an eating disorder, being typecast, sexism . . . challenges, and how she dealt with them, setting the tone for the rest of her career. Couric talks candidly about adjusting to sudden fame after her astonishing rise to co-anchor of the TODAY show, and guides us through the most momentous events and news stories of the era, to which she had a front-row seat:  Rodney King, Anita Hill, Columbine, the death of Princess Diana, 9/11, the Iraq War . . . In every instance, she relentlessly pursued the facts, ruffling more than a few feathers along the way.  She also recalls in vivid and sometimes lurid detail the intense pressure on female anchors to snag the latest “get”—often sensational tabloid stories like Jon Benet Ramsey, Tonya Harding, and OJ Simpson.

Couric’s position as one of the leading lights of her profession was  shadowed by the shock and trauma of losing her husband to stage 4 colon cancer when he was just 42, leaving her a widow and single mom to two daughters, 6 and 2. The death of her sister Emily, just three years later, brought yet more trauma—and an unwavering commitment to cancer awareness and research, one of her proudest accomplishments.

Couric is unsparing in the details of her historic move to the anchor chair at the CBS Evening News—a world rife with sexism and misogyny.  Her “welcome” was even more hostile at 60 Minutes, an unrepentant boys club that engaged in outright hazing of even the most established women.  In the wake of the MeToo movement, Couric shares her clear-eyed reckoning with gender inequality and predatory behavior in the workplace, and downfall of Matt Lauer—a colleague she had trusted and respected for more than a decade.

Couric also talks about the challenge of finding love again, with all the hilarity, false-starts, and drama that search entailed, before finding her midlife Mr. Right.  Something she has never discussed publicly—why her second marriage almost didn’t happen.

If you thought you knew Katie Couric, think again. Going There is the fast-paced, emotional, riveting story of a thoroughly modern woman, whose journey took her from humble origins to superstardom. In these pages, you will find a friend, a confidante, a role model, a survivor whose lessons about life will enrich your own.