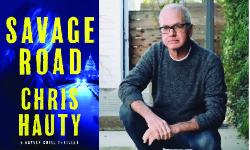 Click here to register here for this free event.  You don't want to miss these two writers talking about their new books and the craft of creating the perfect mystery.

Chris Hauty is a screenwriter based in Los Angeles and the author of Deep State. He has worked at all the major movie studios, in nearly every genre of film, with credits including Never Back Down and Sniper: Homeland Security. He currently lives in Glendale, California.

When a series of devastating cyber attacks rock the United States, Hayley Chill is tasked by the "deeper state" to track down their source. NSA analysts insist that Moscow is the culprit, but that accusation brings plenty of complications with Hayley directing the president as a double agent against the Russians. With increasing pressure on the president to steer him towards a devastating war, it's up to Hayley to stop the mysterious computer hacker and prevent World War III--while also uncovering some shocking truths about her own life.

Magnificently crafted and superbly unpredictable, Savage Road is an edge-of-your-seat political thriller ideal for our times. 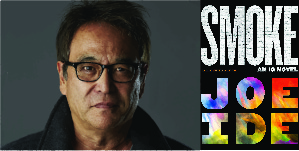 Joe Ide is of Japanese American descent. Growing up in South Central Los Angeles, Joe's favorite books were the Conan Doyle Sherlock Holmes stories. The idea that a person could face the world and vanquish his enemies with just his intelligence fascinated him. Joe went on to earn a graduate degree and had several careers before writing his debut novel, IQ, inspired by his early experiences and his love of Sherlock Holmes. Joe lives in Santa Monica, California.

About the IQ series:

Isaiah Quintabe--an unlicensed detective for all seasons--and his best friend and masterful sidekick, Juanell Dodson, are at a crossroads in this latest installment of the "aggressively entertaining" IQ series (New York Times). This time, their lives may never be the same.